Home » Could ‘Social Housing’ Thrive in the US Like It Did in Europe? 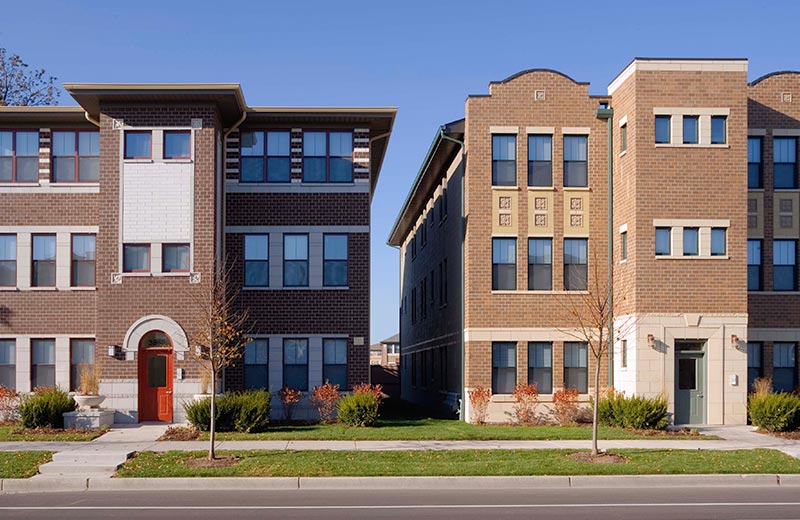 After Joe Biden’s surprising comeback with Super Tuesday’s primary results, it still remains unclear who will face President Donald Trump in November elections. Yet if the Democratic ticket bears Vermont Senator Bernie Sanders’ name as many now expect, chances are Americans will start to hear a concept this summer as they had never before: Social Housing.

But, what is it and how does it differ from ‘Public Housing’ that already exists across the nation as well as in the D.C. metro area? To draw the starkest contrast between the two models, one should study examples from both sides of the Atlantic.

Here in the U.S., public housing doesn’t really have a nice connotation. Such units generally refer to extremely modest structures in poor conditions where only the neediest of the townsfolk live. To support them without federal funding, local governments have sunk in piles of debt.

In Europe, however, social housing is neither unsustainable nor in bad shape. It is trending as rather quality housing for both low and mid to high-income residents.

Take Vienna, Austria, in central Europe for instance. What the local authorities call Soziales Wohnen are home to affluent Viennese as well. Offering proximity to the convenient transportation network and with it everywhere in else town, those properties hail as good alternatives to any private project. Unlike in the U.S., there are no safety concerns or any exclusion from public life for their residents. Those who can afford pay market-level rent and those who cannot become eligible for government subsidies to enjoy the same comfort.

Imagine having one in every three housing units qualify as such in the DMV region. As utopian as it may sound to your ears, it is exactly what the situation is in the Austrian capital.

Austria is a long way home but ideas flow at light’s speed from across the ocean. And the term ‘social housing’ is already in official papers here.

In Maryland, Democratic Delegate Vaughn Stewart has brought a bill to the House floor to create the state’s first social housing program. Likewise in the capital city, Will Merrifield, a tenant rights attorney and now a candidate to sit at the D.C. Council next year, has incorporated European-style social housing into his campaign as a fundamental promise. And in Virginia, there are plenty of proposals to make affordable housing a preferable reality across the Commonwealth, like that of Delegate Ibraheem Samirah.

So, regardless of the Democratic nomination process and the result of presidential elections, the concept is somehow gaining traction.

The Viennese approach to social housing seems to be working without major problems. Once those properties are on the ground, ready to welcome their first residents, the rents they start to collect make them able to sustain themselves through public-private partnerships. Here in the U.S., though, who will pay to kick-off a similar program and shoulder the cost at early stages remains a big question. Its supporters now make up a humble minority of progressives.

This became clear last year with Stewart’s first attempt to have a social housing bill clear legislative approval. The $2.5 billion government bond and tax on the super-rich met cynicism, rather than cheers.

That initial rejection hasn’t stopped the young delegate to ready the same idea for reintroduction soon, with some changes to its source of funding. Dropping the blanket wealth tax, he is now proposing a luxury real estate transaction fee. Only time will, however, reckon if he comes out victorious this time.

Best Flooring for Your Kitchen