Home » How To Get Rid Of Gnats? Easy and Quick Solutions 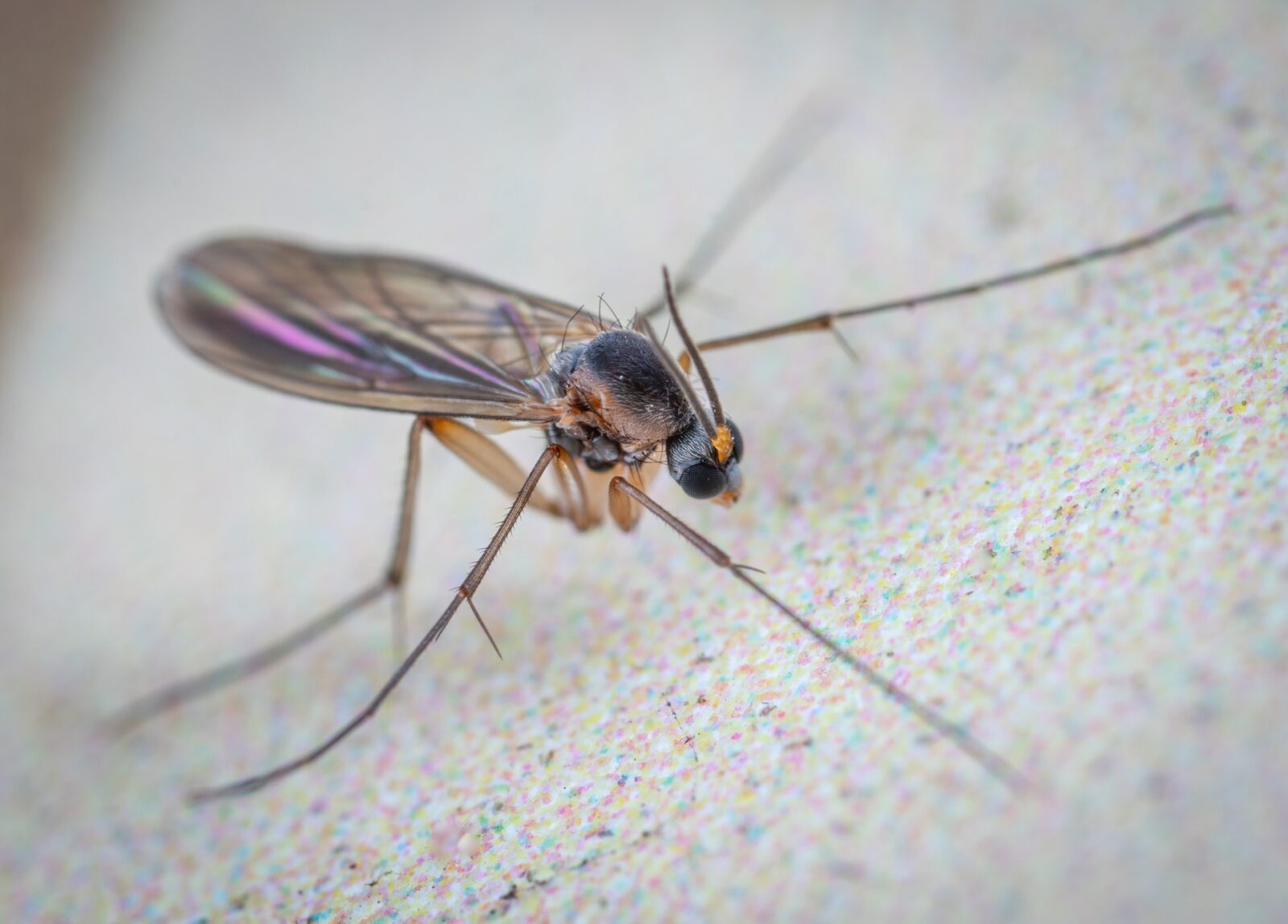 The A-Z Guide for Toilet Maintenance

Gnats are flying insects that are small in size and can invade your kitchen, garden, dining room and other parts of your home. They aren’t just annoying but can also be the cause of several health concerns.

On the brighter side, it is very easy to get rid of the gnats using ingredients that are easily available at home. There are several tactics that can come into use in your endeavor to get these gnats out of your house. Let’s dive deeper into the article to know more about these ways.

There are roughly four different species of gnats that can be observed. It is important to know their type as each of them require different elimination methods.

This type of gnat is mostly attracted to fruits that are rotting or other items such as vinegar and soft drinks.

Drain flies can be found flying around sewages, drains, and all the dirty places. This type of gnats can be a major cause of diseases.

They are commonly observed around overwatered houseplants. Gnat larvae consume plant roots, causing yellowing and dropping of leaves, as well as wilting and death of entire plants.

Fungus gnats can also transmit a fungus that causes damping-off, which damages seedlings before they germinate and damages or kills seedlings shortly after they sprout.

Phorids, like drain flies, hang out in garbage cans, drains, and decaying fruits and vegetables.

Gnats usually enter your home through cracks or breaches in the base, walls, doors, or openings from the outside. Gnats are commonly found in garbage cans, rotting fruit, and other wet areas where organic waste is degrading. They’re also in the vicinity of basins, drains, and toilets.

How To Get Rid Of Gnats?

Once you’ve figured out what insect is bothering you, you may use vinegar solutions, store-bought cures, and even rotting fruit to get rid of gnats, flies, and other bugs for good.

Combine a half cup of warm water, two tablespoons of cider, a tablespoon of sugar, as well as approximately six droplets of liquid dish soap in a small mixing basin.

Gnats will be drawn in by the sweet concoction, so once they dive in for a drink, they will be trapped by the sticky dish soap. Simply set the solution-filled bowl in the locations where you’ve seen the most gnats and wait for the results.

If things get extremely terrible, you might need to resort to a more powerful pest killer. One alternative is insecticide, however, it is advised that you do not use it if you do have small children (and, as always, make sure you follow the manufacturer’s instructions).

Make Use Of Fly Paper

Flypaper, which simply traps flying pests on its sticky surface, is the most reliable treatment. You might also place “ribbon fly paper” in areas of your home where there is a lot of gnat movement or use window fly paper, which is an adhesive sheet that covers an entire window.

A bug zapper is often an excellent alternative, even though it works much better with larger pests (such as mosquitoes). There are several manufacturers and models that are suitable to use indoors these days.  These quiet devices ought to be able to catch the bulk of gnats in your house, and the best thing is that you won’t have to raise a finger.

Using Wine As a Trap

You do not have to give up your wine collection in order to eliminate gnats! Instead, use an outdated wine one that’s practically turned to vinegar for this clever trapping technique. You may use it in the same way you did with the cider vinegar trick: Fill a small jug halfway with stale wine and a few drops of dish detergent, then set the concoction gnat-infested rooms of the house and allow for the pests to come in.

Pour Boiling Water In The Drain

Gnats frequently lay eggs in kitchen sink drains, particularly in garbage disposals. They adore the warm, damp atmosphere, as well as any food or bacteria that accumulate there. Pour boiling water down the sink to destroy any eggs in the drain.

Make Use Of Rotten Fruits

When it concerns eradicating the infestation, the exact thing that started it could be your greatest hope. In a big mixing bowl, place a few chunks of overripe fruit, cover with plastic wrap, and seal with a rubber band. Make a few holes at the top using a toothpick. Gnats and fruit flies will soon rush to the fruit, squeezing their way in via the small holes but having no idea how to get out.

Use Candle As A Trap

Here’s a technique that almost appears too wonderful to be true (it’s simple and old-school): Put a tall candle in a candlestick, and then the candlestick in a small pan of water. Switch off all the lights before lighting the candle and waiting for the gnats to flock to the flame.

They’ll either come into contact with the flame or fall into the water beneath. However, like with any lit candle, you must remain in the room and carefully monitor the flame until it is time to extinguish it.

Gnats can be a major cause of irritation and diseases for everyone. Therefore, it is pretty important that you get rid of them as soon as possible. The above mentioned tactics can be of great help if you want to solve the issue from the comfort of your home.

How to Design a Room in 10 Easy Steps

What is a Barndominium? Everything You Need to Know

All About Adding Shelves to Kitchen Cabinets

Everything You Must Know About Kitchen Islands: Size, Location and Much More

What is the Best Wood for Painted Cabinets?

How to Hire a General Contractor?

Here’s How to Shiplap a Kitchen Island

A Complete Guide to the Cost of Painting a House

A Complete Guide on French Drains